An anniversary in splendor

To commemorate the 20th anniversary of the World Heritage distinction, Ibiza enjoyed on December 4 a day full of cultural activities. 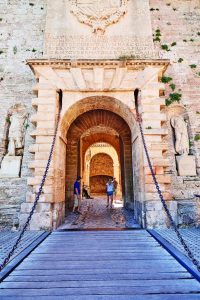 To get to know the history of the city through the theater or a show of light and music projected on the walls were some of the events held throughout the year. To these events were added the ones programmed by the World Heritage Cities Group (WHCG).

Thus, in September the Heritage Night was held, an activity that takes place simultaneously in the 15 WHCG cities. In this case, Dalt Vila became an open-air stage through which to walk the streets of the walled enclosure while enjoying music, theater and dance shows.

In addition, and as every year, Ibiza is responsible for closing in December the sports calendar of the WHCG with a race inside the fortified city.

Fashion travels to the eighties

«Adlib is pure magic and freedom»